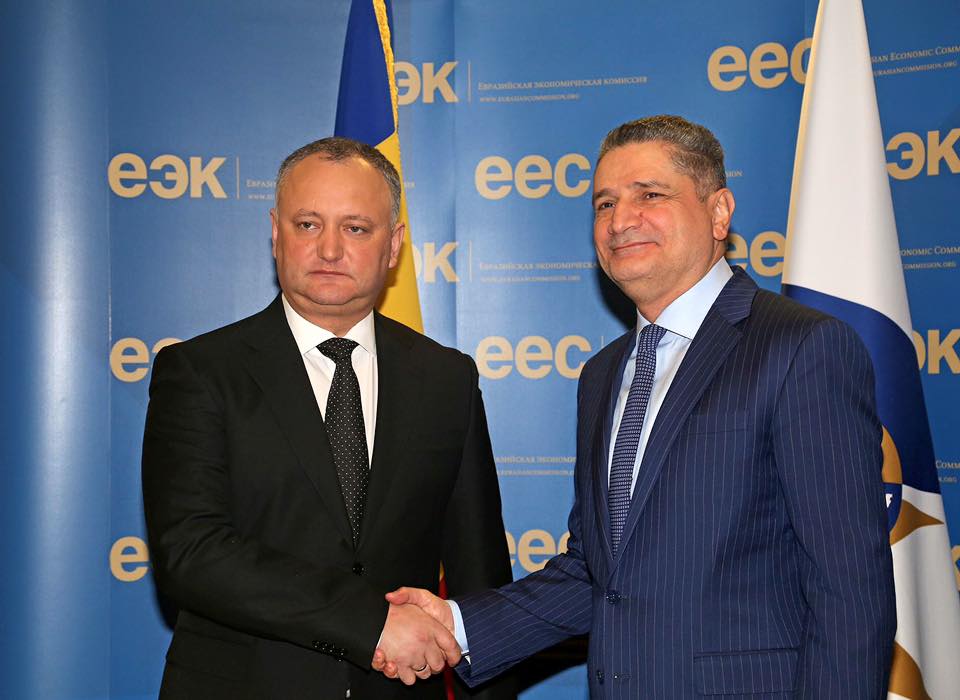 CHISINAU, April 14. /TASS/. The observer status at the Eurasian Economic Union (EAEU) will not damage Moldova’s relations with the EU, Speaker of the Moldovan parliament, Andrian Candu, said on Friday.

“Any observer status in any organization does not violate the provisions and our relations with the European Union. We have the association and comprehensive trade agreement with the EU, which means that we are at a different level of cooperation,” Candu said commenting on the decision to grant Moldova observer status at the EAEU summit in Bishkek.

At the same time, he expressed the view that the rapprochement with the EAEU promoted by Moldova’s President Igor Dodon “will not bring any benefits.” “We are again dividing the society instead of looking for solutions and projects to unite Moldova’s citizens,” the speaker added.

Candu recalled that, under Moldova’s legislation, “any international treaties should be ratified by parliament to have legal effects. “That is, this attempt to acquire EAEU observer status will bring no legal effects. This is largely a symbolic aspect,” he underscored.

Moldovan Prime Minister Pavel Filip earlier said that the agreements with the EAEU signed by Dodon carry no legal weight, “because Moldova is a parliamentary republic. Although the president has the right to sign and conclude agreements, they must be ratified by the parliament,” he noted.

For his part, Dodon described the decision made in Bishkek as “historic, which was expected by most citizens of the country.” He recalled that, according to polls, 42% of the republic’s citizens favor integration into the Eurasian Economic Union, while 35% support the European integration promoted by the ruling coalition of pro-European parties.

The Moldovan leader earlier emphasized that weakening economic ties with Russia was a consequence of the Moldova-EU association agreement signed in 2014, which envisages the creation of a free-trade zone. After that, Moldova began losing the market of Russia, which was the country’s major trading partner. Attempts to compensate for these losses in the EU market were futile.

According to sociologists, Dodon is the most popular politician in the country, 50.7% of Moldova’s citizens trust him. Prime Minister Filip and parliament speaker Candu have the confidence of 4.9% and 1.9% of the respondents respectively.

On Friday, Kyrgyzstan’s capital Bishkek hosted a meeting of the Eurasian Economic Union’s Supreme Council, which brought together the presidents of Armenia, Belarus, Kazakhstan, Kyrgyzstan, Moldova and Russia. Moldova’s request to grant it the observer status in that association was approved at the meeting.